Get a
Quick
Quote

If you are planning on moving home in or around SW1, SW3, or SW10, then you’re going to need to consider the process of moving your furniture and belongings. This time-consuming and challenging process takes planning and effort, and that is where K1 Removals Chelsea can help. With our removals expertise, we can handle your move and give you the ability to take a step back. We are dedicated to delivering a first-class service, whether you’re moving locally or Internationally. Call our professional team of movers to request a free quote today.

K1 Removals, a London removal company, is committed to providing a first-class relocation service locally or internationally. We are experts and as a result, many clients have placed their trust in us. Our professional approach and our team of removal experts work together to provide a seamless experience for all who choose to use our services. As a company that believes in doing things right, we are confident that we have the removal services you are looking for. We have handled large moves and small moves across London, the UK, and Europe over the years and have many satisfied customers and positive reviews. 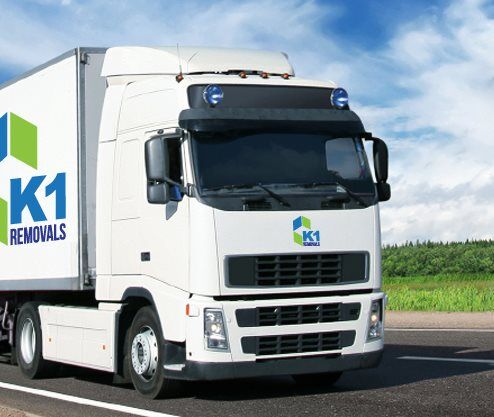 We provide a comprehensive range of professional services such as home removals, office relocation, and student moves. From packing your belongings, handling your furniture, and loading, and unloading, we will take care of your entire move.

From upright pianos to grand pianos, our piano removal service ensures you can move your piano in a professional way. We plan each move, look for potential challenges and ensure we adopt the right methods and use the right equipment. This enables us to move your piano with care, attention, and precision.

Our team of movers can handle packing for you. We can provide all materials if you want to pack yourself but with our complete service, we will pack your items using the right materials and we will ensure that all your belongings are transported safely and securely.

We offer storage for a range of needs, so if you want a long-term or short-term solution we are here for you. Whether it’s storage after a house move, an office move, or a student move, our fully insured and protected storage facilities can give you the space you need.

Get a Removals Quote

We can provide a no-obligation moving quote that ensures you get the best price for your move. A member of our team will go through the specifics of your move and will provide a full quote, ensuring you can see exactly what you get and what you are paying for.

Home Visit from the Surveyor

After we have assessed your initial moving needs, we will carry out a full assessment of your home. This allows us to determine your exact needs and then provide a detailed and accurate quote.

When you confirm that you are happy with the quote, you will need to speak with our office to make arrangements and confirm your booking. This will be followed with the signing of an acceptance form, confirming that everything is in place.

On moving day, our team of movers will arrive at your property and begin to take care of your move. They will take care of moving you until everything is completed, ensuring they deliver complete satisfaction.

Why Move to Chelsea?

Chelsea is a great place to live and with it comes an exclusive community that is thriving and bustling. It has undergone several changes through the years but it still retains its charm and style. It is considered to be one of the most desirable places to live and is known for its Victorian heritage, all of which can be seen in the homes and buildings in the area.

It is located in the west of London in the Royal Borough of Kensington and the area has a lot to offer. There is a lot to explore here and this includes an abundance of shops as well as amazing restaurants, bars, and pubs. Chelsea is also home to some of the best restaurants in London in including the famous chef Gordan Ramsay’s Michelin starred Restaurant Gordan Ramsey, VQ Chelsea is open 24/h service in SW10 9UZ plus many more. For families moving to Chelsea, there is a good range of schools on offer including primary schools, secondary schools, and sixth-form colleges as well as leading independent schools.

Chelsea is also the home of Chelsea FC a top premier league football club, so you also have top class football on your doorstep.

Getting around is easy as there are excellent transport links in the area including buses and taxi boats. As far as green spaces go, there are more than 30 parks to explore such as Hyde Park and Kensington Gardens, proving that Chelsea does have it all.

We have completed thousands of moves in and around Chelsea, and have the experience and specialist skills to get the job done professionally. With our expert team on hand, you can rest assured that your belongings are in safe hands. Our company strives to always work professionally from the moment you get in touch, through to the moment we’ve completed your move.

What do I need prior to your removals?

Do I need to arrange a parking permit for the removal van in Chelsea?

How much notice do you require if I need moving in Chelsea?

You should let us know as early as possible that you need moving and we recommend you do this as soon as you instruct a solicitor to work on your behalf.

Prior to your move, we will discuss access with you and consider any challenges during our initial survey. However, we will need to be able to park our vehicle and have easy access to your property.

If there is a delay, do you charge us if you have to wait around?

No, if there is a delay, we won’t charge you.

Do you have storage facilities in Chelsea

Yes, we do have storage facilities in Chelsea and we have a range of storage options to fit your needs.

Do you have people on-site (Chelsea) to help me?

Yes, we do have people on site to provide assistance should you need it.

How and when do I pay for my Chelsea removals?

You will need to pay for the service before you begin your move and it can be paid for by card.

Is there something I can’t move?

Yes, we are unable to move large safes and hazardous materials.

Thank you so much for your great service. Definitely my top recommendation to anyone looking to move!

Very pleased – K1 Removals did a great job, will recommend them to anyone I know who is moving.

The team was pleasant and very efficient. Thank you K1 Removals!

Get a
Quick
Quote

Popular Places to Live Near Chelsea